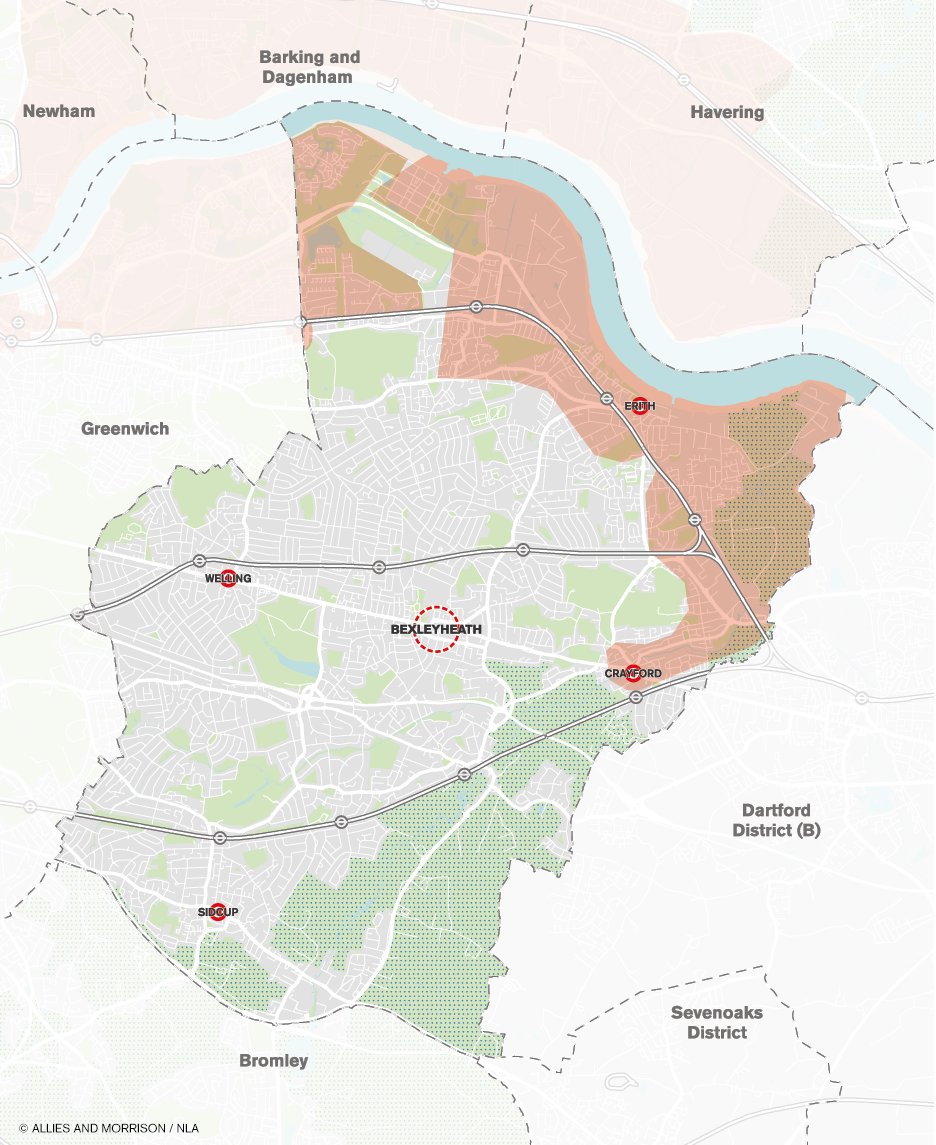 With river views, Bexley’s riverside stretches nine kilometres along the south bank of the Thames between Greenwich and Kent, it has one of the highest levels of available industrial land in London and a large local labour force.  It is home to a significant logistics industry – hosting the likes of Tesco.com and Ocado - but also boasts a growing number of small and micro businesses.  It’s a Borough that has a rich heritage, historic houses and landmarks and that is focussed on the future, enabling new development and nurturing innovation.

Bexley has excellent road and rail connections, with the new Elizabeth Line service running from Abbey Wood in the north of Borough through central London to Paddington.  Services to Heathrow and Reading will follow later this year and there are ambitions to take the service to Ebbsfleet in Kent connecting Bexley, Dartford, Gravesham and coastal East Kent.

“Bexley is a thriving borough that has the best of both worlds – close to the centre of London but it is still a green, safe and friendly place to be.
With our riverside locations, strong community spirit and parks and woodland areas, the Borough is a popular place to put down roots and for new businesses to flourish. We have always been a Borough envied for our schools and are recognised as one of the safest and greenest places in London with huge potential for growth.
Our mission is to make Bexley even better.

We are ambitious for our borough – we want to secure investment so that current and future generations continue to live and work in a prosperous place.
New housing developments are sweeping away old housing estates and replacing them with good quality, modern homes. Commercial investment in our towns and employment areas is creating new jobs and improved local facilities.
The arrival of the Elizabeth line in the north of the Borough opens more exciting opportunities, but our ambitions for Bexley go further, and as a leading member of the Thames Estuary Growth Board, we are lobbying for the service to be extended to Ebbsfleet in Kent connecting Bexley, Dartford, Gravesham and coastal East Kent.
We continue to invest in our borough’s future and would welcome conversations with investors who share our vision for growth in our unique corner of London.”